The World Wide Technology Championship will be held in early November

In recent days, the PGA Tour and Mayakoba announced this year’s golf tournament, the World Wide Technology Championship, to be held from November 1-7, 2021.

The venue for the tournament will naturally be the El Camaleón by Mayakoba golf course, the first course outside the United States and Canada to become a part of official PGA Tour events since 2007. As a pioneering golf event in Mexico and Latin America, hosting the PGA Tour in El Camaleón has opened the door for other Tours such as the PGA Tour Latin America, and multiple other professional golf events in this region.

2020 PGA Tour winner Norwegian Viktor Hovland is expected to defend his title this year. Hovland was also the representative of his country at the Tokyo 2020 Olympic Games, where he ranked 14th in the men’s individual stroke play category.

As the name implies, the new event will be sponsored by World Wide Technology, a technology solutions provider, who will remain as a partner until 2027.

Designed by professional golfer Greg Norman, El Camaleón by Mayakoba is a course that blends the diverse ecosystems of the area, such as jungle, mangroves, freshwater canals and pristine Riviera Maya beaches. It features 18 holes, capacity for golfers of all levels, five tee marks on each hole and spectacular tropical views.

Explore this tropical masterpiece and practice your swing in the Mexican Caribbean, using the preferential rates of Open Tee Time and Twilight Time that México Destination Club offers you as a membership benefit during your stay at Hoteles Xcaret. 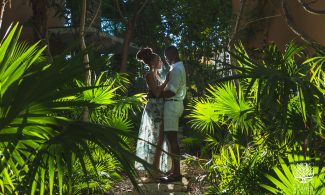 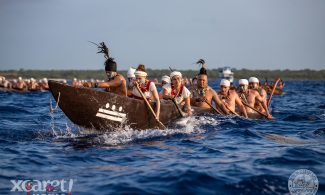 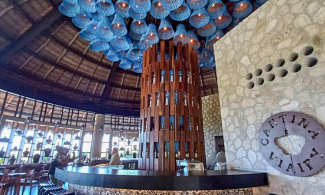 Celebrate your first night at Hotel Xcaret Arte with an energizing evening at Cantina VI.AI.PY.