The Mayans and the importance of the equinoxes

In many Mayan archaeological zones, archaeoastronomical phenomena are observed during the equinox and the solstice. 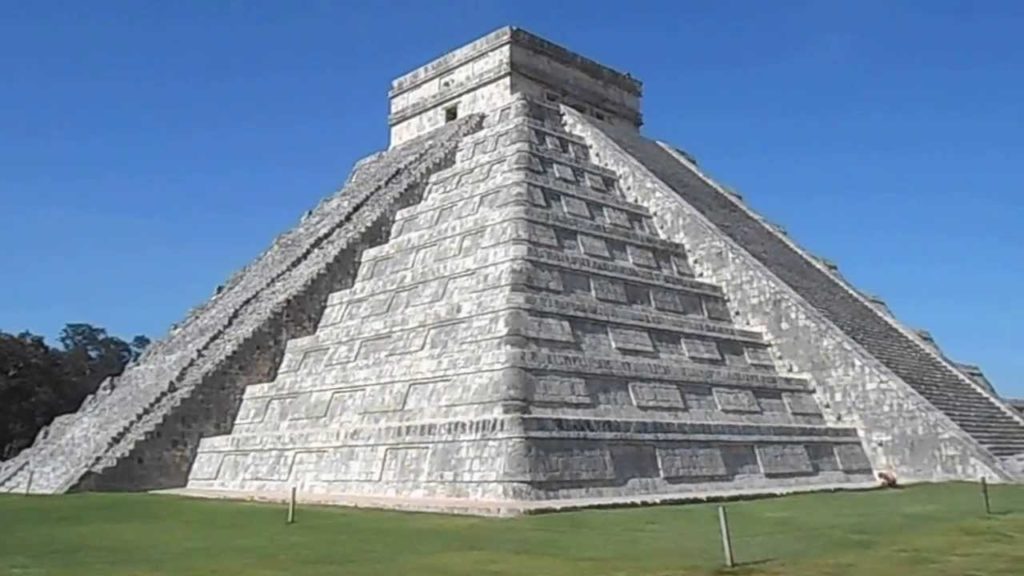 The Mayan culture is one of the most important ancient cultures in the world, dating from the year 2500 a.c. and it is known that the first settlements occurred in the region of Guatemala. Later they move to Mexico, carrying out the construction of large cities in the classical period (from 300 to 900 AD), such as Palenque, Calakmul, Dzibanché, Coba, Chichen Itza, among others.

The Mayans reached their splendor in the classical period, a period in which they had the right weather conditions that helped them to develop their knowledge in architecture, painting, sculpture, mathematics, astrology, and astronomy. As for the astronomical knowledge, the Mayans developed it through observation and could know and realize that everything in the sky was cyclical, that is to say that the different movements of the planets were repeated after each determined time; knowledge that served them for the construction of their 17 different calendars, such as solar, moon, short count, long count; as well as the Venus calendar. 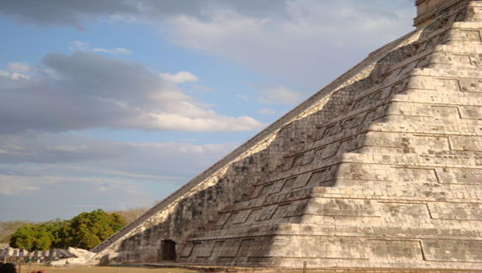 We know that the Mayans were obsessed with the observation of the celestial bodies since they thought that they were their own gods and tried to communicate with them or predict what they needed, in order to feed them, otherwise, the gods could die and the world would perish.

Mayan life was ruled by religion and they carried out different ceremonies and rituals in order to have their gods happy, to feed them through dance, music, smoke, the smell of flowers and valuable objects; such as obsidian stones, jadeite, amber, shells, coral, food and drinks made from corn, honey and bark from some trees.

According to the Mayans, the creation event occurred on August 13, 3114 BC, when the gods created the mountains, the sky, the animals, the plants and the man who was going to adore them. In their worldview, the Mayans thought that the universe was divided into 3 levels: the sky with 13 strata with 13 different deities, the earth in flat, square shape and with 5 cosmic directions, which rested on the back of a giant crocodile and finally the underworld with 9 levels, governed by the lords of the night. 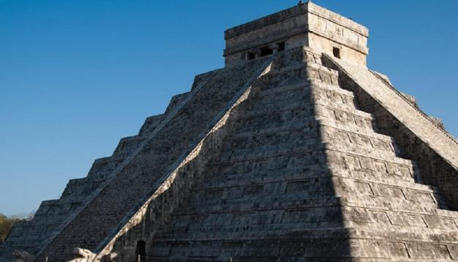 Most Mayan cities have representations of their deities and the universe itself, based on the movement of the sun and in some cases, the buildings mark the sunrise certain days of the year; making these cities true solar watches, as in the case of the wonderful archaeological zone of Chichén Itzá, which was recognized as one of the 7 wonders of the world for its monumentality, architecture, and mysticism. Chichen Itza is a magical place where the phenomenon of light is appreciated on the days of equinox, March 21 (spring equinox) and September 21 (autumn equinox), when the sun is in the center of the equator, illuminating the land on both sides, in equal parts, allowing the day and night to last exactly 12 hours.

The arrival of the God Kukulkan

Those days, the presence of one of the most important deities of the Mayan world is present in the northwest face of the great pyramid or castle, with the descent of the great God Kukulkan or feathered serpent; whose body is formed when the rays of the sun, when hiding on the horizon, cross the 9 corners of the northwest face, connecting with the head of the snake that is at the base of the pyramid.

For the ancient Mayans, the descent of the serpent had an important meaning, since when they saw the god Kukulkan descending from heaven on March 21, they knew that it was the right time to plant corn and September 21 was the time of the harvest.

On the days of the descent of the serpent, there were celebrations and pilgrimages to the mouth of the sacred cenote, which connects with the pyramid, to make offerings to the rain god Chaac, which consisted of human sacrifices and the deposit of some valuable objects. According to some experts, on March 21 the god Kukulkan descended into the underworld through the cenote and on September 21 the god returned to heaven through the pyramid.

The spectators who attend Chichen Itzá on the days of the equinox, share a moment in time with the ancient Mayans since the legend says that the Mayans also witnessed the same image a thousand years ago. Kukulkan, one of the most monumental of all the sacred, was the Mayan god of rejuvenation and the renewal of life. 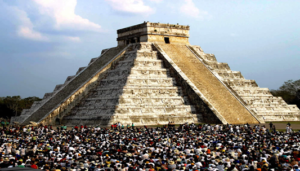 To learn more about the Mayan Culture and the sacred city of Chichen Itza, do not hesitate to book the Xichén tour, which is included in the All-Fun Inclusive plan of México Destination Club and Hotel Xcaret México. 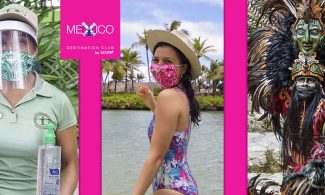 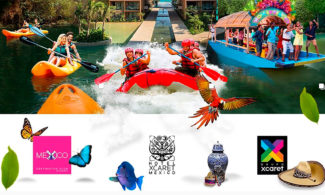 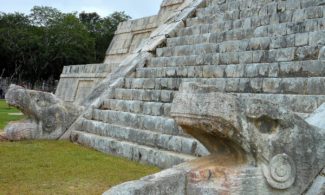 The Mayans and the importance of the equinoxes